It’s not every day that you get a note from Laurence Olivier thanking you for attending a performance of his with compliments on the way you expressed appreciation for the work. Yet, that happened to me exactly 50 years ago today. (See letter at the end).

Of course, there’s more to the story. It began in 1964 when my wife and I arrived on a TWA flight from Philadelphia to London with our two young sons, both toddlers. I was on a doctoral fellowship to study physics at Imperial College and we were living in the heart of the great city near Russell Square, WC1. 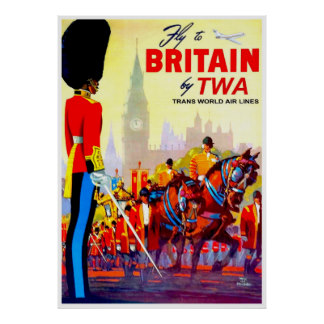 With a generous tax-free grant and a rather flexible schedule, we were thrilled by the opportunity to attend performances of the best in theatre, ballet and opera which we could only dream about in New Jersey.

Luckily, our accommodation was in a block of flats provided by the British government for graduate students from around the world, i.e. the Commonwealth and the United States. We all wanted to take advantage of this special cultural opportunity so there were always reliable baby-sitters available. Everyone knew it would be only a matter of months before we would be back in Melbourne, Auckland, Toronto or, God forbid, New Jersey. We inter-connected the flats with wires and speakers so that on some evenings one couple would be responsible for 2 or 3 families of young children.

I have always been a rather meticulous character when comes to obtaining tickets to sold-out theatrical performances and concerts. Now, I had a real opportunity to shine. I became an expert in using the intricate, albeit fair, procedures used by the British subsidised theatres for distributing tickets. The first step was to get on the priority mailing lists of the Royal Ballet and the Royal Opera House Covent Garden, the Royal Court Theatre and the Royal Shakespeare Company. (Everything was Royal in those days!) Of course, one must include the acting company at the Old Vic, started by Laurence Olivier and which had become the Royal National Theatre.

The secret was to do everything exactly as the instructions specified, that is, be sure to include a self-addressed envelope, leave the amount on the cheque open to allow for adjustments by the box-office personnel and mail the form precisely when required to be received on the day the booking opened. Well, it worked a treat. We got tickets to everything. First of all, the exciting performances of Margot Fonteyn and Rudolph Nureyev in Prokofiev’s Romeo and Juliet. In fact, we saw this production a number of times. This made me the most popular husband in Christendom as my wife was such a fan of the ballet and particularly, of the dashing Nureyev. I even became a balletomane, following the schedule of the tall, elegant prima ballerina Svetlana Beriosova.

We were even able to get tickets for the now legendary production of Tosca mounted by Franco Zeffirelli at Covent Garden with Maria Callas in the title role and Tito Gobbi as Scarpia.

I recall that 20 years later when I gave the program for that performance to a gay friend who adored Callas, he knelt down and kissed my feet! I understand the program now has pride of place on a shrine to Callas which he set up in his apartment.

You know, I’m not making this up.

Another famous production from that era which we attended was Robert Merrill’s London debut as Germont in La Traviata with Mirelli Freni under the baton of Carlo Maria Giulini. In the great tradition of  American students’ enthusiasm for such events, I spent a night sleeping on Floral Street next to a Fulbright scholar friend from New York in order to have a top place in the ticket queue next morning. We continued the craziness after the performance by waiting at the stage door with a group of aficionados. Giulini didn’t disappoint, exiting in a flourish from the door to limo wearing a wide-brimmed fedora and a cape.

Meanwhile, Olivier’s first seasons as Director of the National Theatre at the Old Vic were all the rage. Actors like Albert Finney, Maggie Smith, Michael Redgrave, Anthony Hopkins and Olivier himself captivating audiences night after night. A Feydeau farce, a new play by Peter Shaffer, Noël Coward directing his own Hay Fever, and many of the American classics we had missed in our youth: Arthur Miler, Eugene O’Neil, Tennessee Williams . .  it was heaven.

However, there was one production for which I could not secure any tickets, even with my sure-fire techniques. Shakespeare’s Othello with Olivier himself in the title role was so popular that several booking periods went by without success and my applications were all returned with a polite apology. I fretted as the newspapers were full of articles about the production, e.g. describing how Olivier had painstakingly lowered the timbre of his voice by an octave to give his portrayal more authenticity, the two hour make up sessions for each performance and glowing testimonials about this ‘once-in-a-lifetime’ tour de force, etc.

The play had run for a full season and was now into its into a second year. Yet, I was still attempting to secure a pair of tickets. This was a sell-out like no other and I was beside myself with envy of those theatre-goers strolling into the famous theatre just off the Waterloo Road. I was shattered. What was I to do with the letter outlined in my head which I was going to send home to friends and relatives to tell them that we had seen the famous production of Othello with Laurence Olivier. But no tickets came. I did not give up and continued to apply with all the proper regulations well into the second season. I was becoming quite neurotic because I was worried that the production would end its run or go on tour in somewhere like Australia or Russia.

At this point in the story I must introduce a couple who were not graduate students from abroad, our rare genuine English friends, Margaret and John Chalker. The Chalkers shared our interest in theatre and opera and were also skilled in the art of ticket buying. We often compared notes on the idiosyncrasies of the all-important postal applications. During our first summer in England, we went with them in our 1939 Ford Prefect to the posh ‘opera in the countryside’ at Glyndebourne in Sussex. Here customers dress up in black tie and bring a picnic basket to imbibe during the interval.

One day a knock came on the door and Margaret appeared with a smile on her face. She had just received her response from the National: two tickets in the upper balcony for Othello. She then proceeded to tell us that because they had already seen the production and knew of our frustration, they felt obliged to offer us the tickets as a gift. After much false arm twisting and lamenting ( . . . but Margaret, we couldn’t . . . ), we accepted the tickets for the evening of January 13, 1965. We were finally going to see this historic performance. 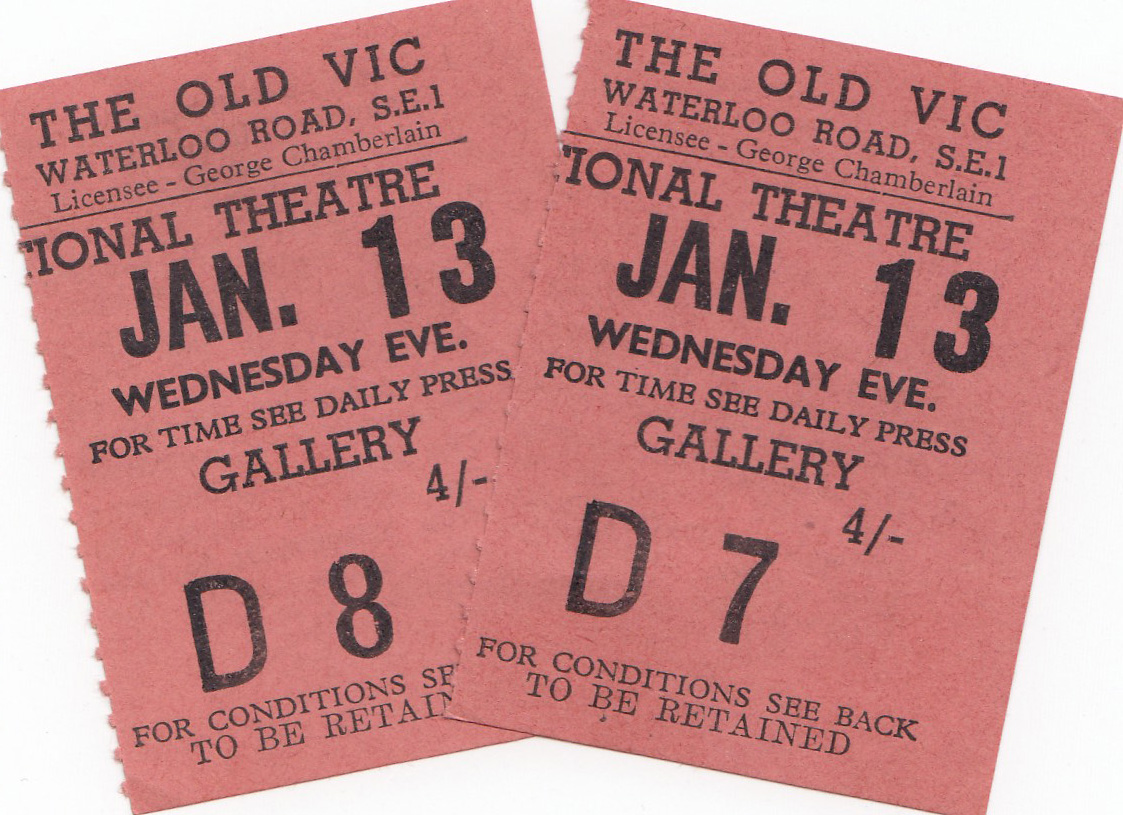 A few weeks later on Christmas Day my wife gave me a most appropriate gift: a miniature – only 5 x 8 cm – beautifully produced folio of the play with gilded edges, the type of thing you would find in the tourist shop at Stratford-Upon-Avon. It was called a ‘midget classic’, but was a proper copy of the text. I was able to read the play in its entirety on the underground in the days leading up to the performance. I think I read it four or five times during the weeks before January 13. When the day arrived I could have been an understudy for most of the parts.

At last, we took our seats in the upper balcony (the gods) of the Old Vic to watch Sir Laurence tackle the role of the tortured Moor.

To say that the performance was great is a gross understatement. To those who knew the play well – by this time that included me – each scene was a complete surprise. I was overwhelmed by the pathos that Olivier managed to put into his portrayal of the regal general made crazy by jealousy. As the innocent Desdemona pathetically pleaded on behalf of Cassio, she was made to look like a slut by the clever ruses of the deceitful Iago. Olivier paced the stage like a caged lion, his visceral body language saying more even than the bard’s text.

He falls on his sword next to her. The play is over.

When the curtain came down I was ready to tear up the program in my hand and eat it! The audience clapped and shouted Bravo, Bravo, stomping their feet so vigorously that I honestly thought the Old Vic would come loose from its foundations. The cast took about ten curtain calls and could have taken more. Finally, Olivier slipped between the curtains alone for an encore dressed in a floor length white robe and holding a long stem red rose in his hand. It was all too much. I was weeping like a baby.

A few days later I felt inspired to write a fan letter, the only one I ever wrote in my life. I would send it to the National Theatre. Scratching words on the back of an envelope whilst looking at my little folio with the gold trim, I soon realised that I had written a poem, a sonnet. At least it had fourteen lines . . .

A SONNET FOR SIR LAURENCE

This Christmas gift from my beloved wife

Will be cherished throughout my natural life

For in January, the thirteenth day

With this book didst I peruse the play

And at the sacred Old Vic that same night

Didst we together feel Iago’s bite

And we heard poetic discourse soar

For Sir Laurence was the valiant Moor.

In the four hundred years since Shakespeare’s birth

It seems improbable that on this earth

A more fitting tribute was ever paid

To the greatest poet God hath made.

A week later I received the following note in the post  . . . 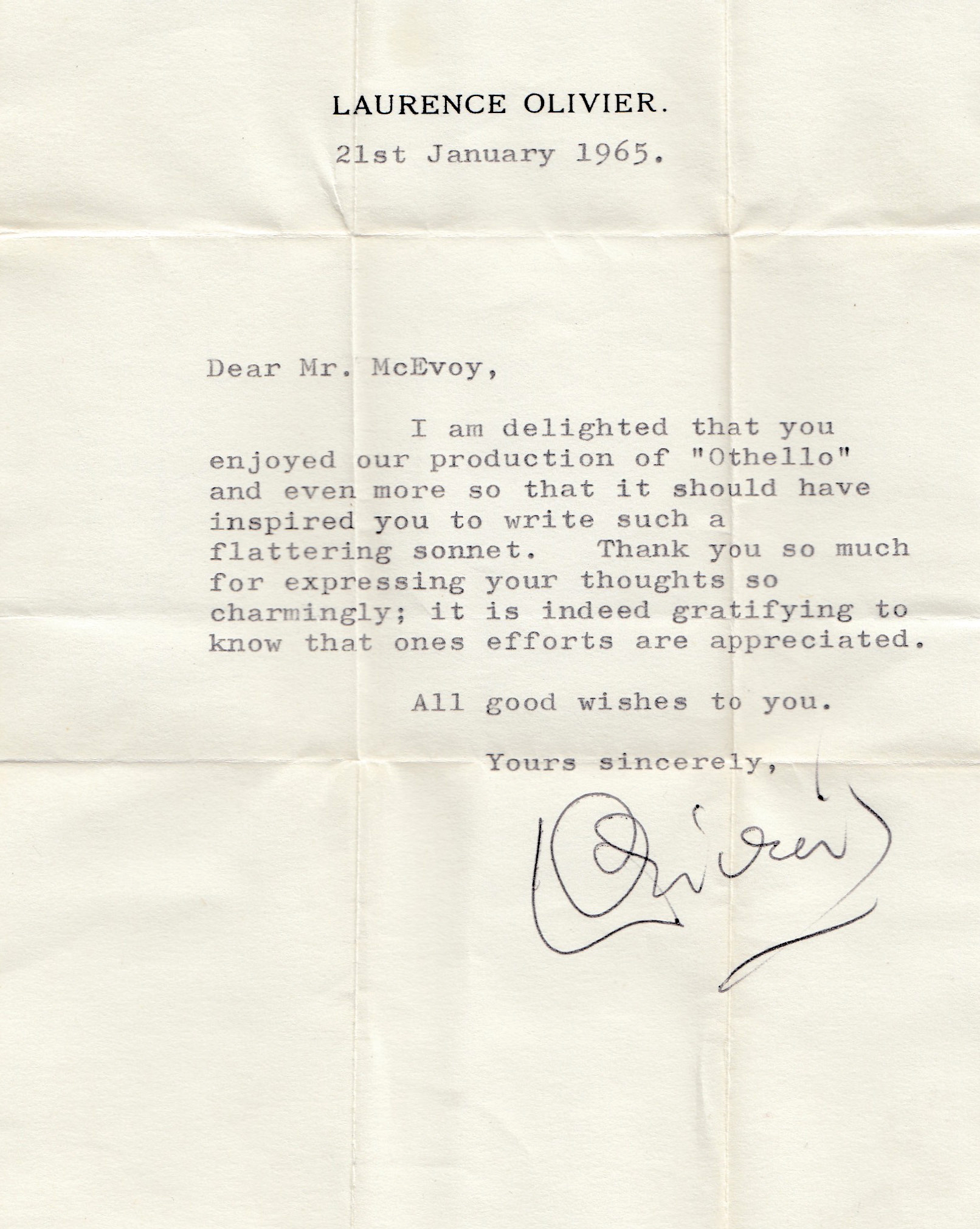