The recent decision by the Boston Red Sox and several other major league baseball teams to increase the netting at their baseball stadiums to protect the fans in attendance, reminds me of an afternoon at Fenway Park back in the summer of 1970 when I decided to take my two sons to their first baseball game. At the time, we were living in Worcester, Massachusetts – less than an hours’ drive from Boston – so it was not such a major undertaking to take in a Red Sox game. I was on the faculty at Clark University in Worcester and we had recently moved from New Jersey after three years in London.

They were about to grow up in America, (or so I thought, not knowing we would return to London a few years later), so it seemed to me about time the boys, Michael and Joe – age nine and seven- should  be introduced to the National Pastime in the country of their birth. I wanted them to understand how exciting a baseball game could be – more than just hot dogs and crowds. I myself had been an avid fan since I was about ten years old, following the hapless Philadelphia Phillies who for so many years never won the National League pennant (except the Whiz Kids of 1950).

So off we went in our family car – a VW Beetle –  onto the Massachusetts Turnpike,  the quickest route to the metropolis of Boston. At the famous stadium, we were directed to the parking lot and then and made our way through the turnstiles into our excellent seats along the first base line at Fenway.

As soon as we were seated, I began my treatise on how baseball was played and how lucky they were to root for a home team like the Red Sox. The boys were quite attentive and seemed to be very interested in the rules of the game. The colourful uniforms of the Red Sox and the opposing team – the Cleveland Indians – were the first big attraction. Then came the inevitable question . . .

Why are they called the Red Sox . . . Do they always wear red socks ?

Finally, the game began and the Red Sox took the field. Yet, almost before I could finish reviewing the rules of running the baselines and the importance of the pitcher and catcher, a very unfortunate thing happened. I believe it was only the second or third inning when a line drive foul ball hit a woman right in the face. This is a real blow to me because I was trying to explain to the boys what a fun and relaxing afternoon it would be sitting comfortably in such great seats watching a game in Boston’s famous baseball field.

So, when attendants came down into the stands very close to where we were seated and carried the woman away on a stretcher, I tried to explain in the disarray what an unusual circumstance this was.

However, they seemed rather stunned by the fact that someone could get injured in a baseball game. But, rather than trying to emphasise how surprising this was, I regained  my composure and enthusiasm, explaining how the Red Sox were a very good team and would probably win the game against the Cleveland Indians, their arch enemies. I mentioned some of the players I remembered from years gone by – like Red Sox’ Ted Williams

(the last player to achieve an average above .400 for a whole season) who I had seen playing against the Philadelphia Athletics at Shibe Park when I was a kid. Another favourite from the past was Lou Boudreau, a star infielder for the Cleveland Indians for many years. So, as the afternoon progressed to the middle of the game I tried to explain how important it was for the teams to get runners on the bases and hopefully around second and third to home. (When my younger son heard the word home, I believe he was thinking of his mother making him a nice sandwich and a glass of iced tea.)

Strangely,  just then it happened that another foul ball was hit along the first base line. This time, two rather rambunctious fans started a bitter fistfight over who should have the ball, which of course is entitled to whoever catches it. In the melee, neither actually got the ball, rather they seemed intent on killing each other.

This created another trauma for my two sons who who were appalled by the violence as shown by the two men fighting over the baseball. The free-for-all was finally resolved and we moved on to the next phase of the game.

Later, it was finally time for the seventh-inning stretch, i.e. a pause. I ordered a couple of hot dogs with mustard and ice-cold Coca-Colas. The boys really enjoyed that part of the afternoon. While they munched on the hot dogs, I decided to take a breather and walk up the stands to the back to take another view of the famous emporium where the Sox played their home games. My sons assured me they would be okay sitting by themselves. Upon reaching the top of the grandstand however,  I came upon  a fight which had broken out between a group of customers. Two of three ‘hoodlums’ were picking on a forlorn individual who was being plummeted by these rather rough-looking locals. This included kicking this seemingly gentle fellow whilst he was on the ground.  I later determined that they were picking on him because he was a homosexual . . . at least that’s what I remember about the incident.

All I could do was scream! So that’s what I did – at the top of my lungs. But it worked. 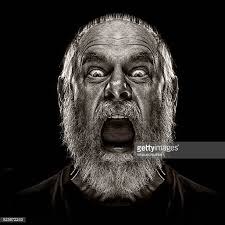 I managed to startle the assailants who finally stopped their attack on the poor fellow who was by this time laying on the ground holding his head. The men were surrounded by many spectators who did absolutely nothing to stop the violence. That is not to say, I would have taken on the obnoxious attackers who were indeed very violent and dangerous looking. But I did manage to scream at the top of my lungs and halt the onslaught.

All I could think of was thank goodness the boys not with me, it would have been incident number three for the afternoon.  I took a deep breath and made my way back to our seats in the grandstand and decided not to mention what I had seen.

The Red Sox scored a few runs and took the lead as I remember, so it was going to turn out rather successfully in the long run.  However, before the game finished, a woman sitting just a few rows in front of us had an epileptic seizure. She was writhing around on the ground in the grandstand and was eventually attended by the overworked medical staff of Fenway Park.

Finally, the game was over. I told boys to get their things and we made our way to the exits, fighting the crowd. Slowly we made our way through the turnstiles again to the parking lot to reconnect with our VW Beetle. Back on the Mass Turnpike again, my mind  was racing as I reviewed the afternoon’s actions. I was trying to assess how my boys would feel about their first major league baseball game.  I was a physical wreck thinking of the things that happened during the game, the likes of which I had never seen before in the dozens of games I watched as a kid.

Perhaps the most poignant memory I have of the day out was a remark made by our youngest son Joe which has become a part of our family folklore. On the way to the parking lot, he looked up at me and said in a forlorn manner . . .

Perhaps this is an unfair tale to tell about my years of watching major-league baseball teams in America. I had a great time with the sport from the time I was about 10 years old, getting autographs, collecting picture cards and following the Phillies . I saw Jackie Robinson steal home against my favourite pitcher, Robin Roberts in the 50s and I survived the shooting by some crazed fan in 1949 of my idol Eddie Waitkus, the Phillies’ first baseman. Looking back now on that afternoon at Fenway Park, it is not hard to realise why our boys never really got enthusiastic about the game of baseball.