I suffered a stroke in 2011, a haemorrhage in my cerebellum which has affected my body balance quite severely. I have worked diligently on physiotherapy –  though my wife thinks I could try a lot harder – receiving help initially from the NHS and later from ARNI (Action for Rehabilitation from Neurological Injury), on a recommendation via the TV from the BBC news presenter Andrew Marr. I found out that my proprioception was diminished . . .  and I didn’t even know I had any! Proprioception is one of those miracle attributes of animals – like humans – to know where your limbs are located even if your eyes are closed. 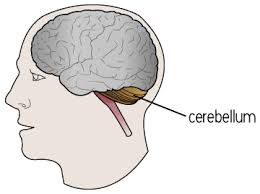 There are other effects of the stroke, like fatigue and spasticity – (from Greek spasmos, meaning “drawing, pulling”) – a feature of altered skeletal muscle performance with a combination of paralysis, increased tendon reflex activity and a reduced ability of a muscle to stretch.

To my credit, I have only fallen four times . . . once at Christmas time on the snowy streets of West Hampstead when a passer-by pardoned me because of the season and once in Covent Garden when I became disoriented looking for a restaurant that had been closed and torn down.

Yet, my first real problem developed in a hotel in Alsace, a favourite of ours, when I got stuck in the bathtub and couldn’t lift myself out. The owners had made some trendy refurbishments in all the bathrooms and the new tubs were  very deep indeed. To exacerbate the situation, I had just had more than my allowed single glass of Riesling to wash down the delicious Quiche Lorraine served up by the hotel’s chef.

Fortunately, my long-suffering wife was there to pull me up to a point where I could grab on to the sink. But oh my, what a bother!

Well, it happened again recently in our London flat. It was late and my wife had retired, so I was on my own. Again it was the wine. This time a lovely Chianti Classico we had brought back from Italy after our annual summer holiday in Tuscany. I had imbibed nearly half a bottle to accompany the delicious spaghetti bolognese my wife had made just for the two of us. Usually, after soaking my frame in the steaming water laced with a fragrant bath oil, I grab the spigot mounted on the wall and lift myself into a standing position. Then I climb over the side of the tub and exit with my dignity intact.

But not tonight. I couldn’t get my ass more than a few inches off the bottom of the tub. Several times I tried without success and began to panic.

Then I remembered the discoveries made by the Greek Archimedes, who remarkably was also in the bath at the time. These led to his Law of Buoyancy. This law I learned many years ago and explained in Physics 101 when I had the responsibility of teaching the basic course to undergraduates as a young assistant professor at Clark University in the 70s. The law is very simple and states the following:

. . . when a body is immersed in a liquid (like water), there is a buoyant force pushing upwards on the body which is equal to the weight of the liquid displaced . .

This law is the reason why ships float and balloons filled with helium rise in the air. It is known – not surprisingly – as Archimedes Principle. So, I realised on that angst-filled night that if I filled my tub to the brim, thereby submerging myself in the water, the weight I would have to lift would be reduced by an amount equal to the weight of the water which my body displaced. This is demonstrated in the figure below.

I figured that if I could submerge say, 70% of my body under water in the tub, I would only have to lift 198 lbs less the weight of water displaced by the 70% of my body, instead of the 198 lbs of my full body weight. I couldn’t help whispering Eureka under my breath as I started filling the tub.

So, how much would I have to lift? Generally, if one knew the volume of one’s body, it would be a simple calculation because the density of water is well known, 62.4 lbs per cubic foot at room temperature. Just multiply the volume of a person’s body (in cu. ft) by 0.70, (for 70% submerged) then multiply by 62.4. This immediately raises the question of how to measure the volume of one’s body. That’s difficult and some special equipment is needed. For example, one could fill a tub to the absolute brim and then fully submerge oneself. The volume of the overflow water would be the desired volume of one’s body as Archimedes discovered in the 3rd century BC.

But, an approximate result of the buoyancy effect can be had by assuming a certain average density of the human body, which is about 1.08 times that of water. Then, if my body is submerged about 70%, my weight to lift would be reduced by 128 lbs. (198 lbs times 0.70 divided by 1.08)  So, I effectively only needed to lift about 70 lbs. That’s why I was able to exit the tub so easily without disturbing my sleeping wife. Eureka, indeed!

So, who was this guy Archimedes and what exactly did he do in the 3rd century BC that was so important? He certainly did not run through the streets of Syracuse in his birthday suit screaming . . .

. . . when a body is immersed in a liquid (like water), there is a buoyant force pushing upwards on the body which is equal to the weight of the liquid displaced . . .

But wait, there’s more to it than that.

The measuring of the volume led to the solution of a problem posed by King Hiero of Syracuse to Archimedes, i.e. how to assess the purity of the irregularly shaped golden crown. The king had given his goldsmith pure gold to be used to make the crown  and suspected he had been cheated, guessing the goldsmith had removed some gold and added the same weight of silver. Equipment for weighing objects accurately already existed in those days and now that Archimedes could also measure volume, their ratio would give the object’s density, an important indicator of purity.

You will find below the story of Archimedes and the king is told in a cartoon by Kevin Kallaugher which reminded me of the books Oscar Zarate and I wrote years ago to explain Stephen Hawking’s work and the bizarre world of quantum theory. If you have a few seconds, I recommend you click on the link below and find out how the story unfolds and what happened to the goldsmith.

This isn’t the discovery of Archimedes which helped me out of the tub, but he went on from here to his breakthrough with the buoyancy law which is now known as Archimedes Principle.

As a final note, when I was stuck in the tub, I could have used another technique from the theory of hydrostatics by dissolving copious amounts of salt in the water, thereby increasing its specific gravity (or density) above its nominal value of 1.00. Anyone who has visited the Dead Sea where the specific gravity = 1.166 knows that the human body will not sink below the surface of the lake which is nearly saturated with salt. I was there in the mid-eighties and had someone take the pictures shown here.

Some scholars have doubted the accuracy of this tale, saying among other things that the method would have required precise measurements that would have been difficult to make at the time. Yet, for the problem posed to Archimedes, there is a simple method which requires no precision equipment at all, just a sensitive scale balance. First, balance the crown against pure gold in air, and then submerge the scale with crown and gold in water to see if they still balance. If they don’t, the goldsmith is in trouble !

I really should finish this story with a little proselytising about two important issues in this post.

1) If your doctor determines you have hypertension (high blood pressure), don’t think you can reduce the readings with life-style changes like less salt and more exercise. Take the pills. (I’m taking them now.)

2) Make sure you and your children study the fundamentals of physics. You never can tell when you might need to use them.